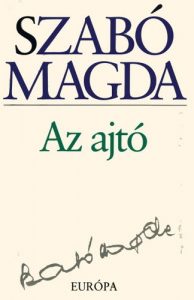 Living in New York, it is relatively hard to keep track of which Hungarian books to read and where to get them. It is especially hard to find people to engage in discussion about them, even though a number of literary sensations recently reached the States. In 2019, Laszló Krasznahorkai won the National Book Award with Baro Wenckheim’s Homecoming. In 2015, The New York Times called Magda Szabó’s The Door one of the 10 Best Books of the Year thirty years after it was first published. So, the American Hungarian Library is launching its virtual book club to encourage you to read Hungarian literature and catch up on current literary events — a great way to spend our days in quarantine.

In keeping with the recommendations of the New York State Department of Health, the Hungarian House of New York will be closed for a period of time; community events will not be taking place.
We advise the members of the New York Hungarian community to follow the guidelines established by the public health authorities and help fight the spread of the Coronavirus. At the same time, we ask the members of the community to help one another during this trying time.
A number of organizations have made arrangements for online meetings. You may obtain further information about the online programs from the directors of the individual organizations themselves or from the organizers of the various programs.
Online Hungarian language courses of the American Hungarian Library and Historical Society: info@americanhungarianlibrary.org
Arany Janos Hungarian School: info@hungarianschoolnyc.com
We hereby inform the members of the community that the Consulate General of Hungary in New York will be closed from March 16, 2020 for an undetermined period of time.

Websites with further information on the Coronavirus:

New York State Department of Health:  https://www.health.ny.gov/diseases/communicable/coronavirus/
Centers for Disease Control and Prevention:   https://www.cdc.gov/coronavirus
Websites in Hungary:
Consular Services:   https://konzuliszolgalat.kormany.hu/koronavirus
Official website for information on the Coronavirus situation in Hungary:   https://koronavirus.gov.hu/
Website of Ferenc Liszt International Airport in Budapest, Hungary:  https://www.bud.hu/en/coronavirus
Dear Parents,
We are glad to let you know that our school will start the Children’s Filmclub organized together with the American-Hungarian Library, please see the enclosed invitation. The first screening of Süsü the Dragon will happen on February 29th, Saturday at 1:30pm in the American-Hungarian Library (Hungarian House)
Seating is limited, please RSVP at info@americanhungarianlibrary.org
We are excited to see you there. 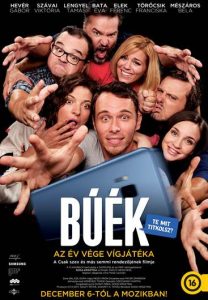 CELEBRATION OF THE CSÁNGÓ HUNGARIANS OF MOLDAVIA

In celebration of Hungarian Language Day the focus of the Hungarian Heritage Festival is on a Hungarian ethnic group living outside the borders of Historic Hungary, namely, the Csángó Hungarians who maintain cultural traditions dating to the distant past.

Mária Petrás is a recipient of the Prima Primissima award and the Hungarian Heritage Award, folk singer, ceramist, and member of the Hungarian Academy of Arts (MMA).
Mária Petrás shapes and fires into clay her in-depth awareness of the roots of the Csángó people, their communal values, human poise as well as the relationship between God and humankind.
She was born in the Moldavian Csángó village of Diószén in 1957 and as a child absorbed the ancient Moldavian Hungarian songs at the same time as she learned her mother tongue and also embraced Moldavian Csángó decorative arts. She relocated to Hungary in 1990, where she attended the Budapest School of Applied Arts, majoring in ceramics. The richness of her artistry is manifest in how it incorporates components of various periods of art history. In a given piece of her work the viewer can discover elements of ancient sculpture, of the ecclesiastical art of the Middle Ages as well as distinctive elements of folk art. A discerning viewer may note elements of Moldavian traditional dress in her figurines: the traditional kerchiefs, strands of beads, and ribbons on baby bunting. Her wonderful ceramic pieces, an expression of her very soul, can be found all over the world. Mária Petrás has had over 170 exhibitions in Europe and overseas. She interprets Moldavian Csángó music with unwavering conviction whether in solo performances, with the Muzsikás Folk Ensemble or the musicians of her own ensemble.

Folk music of the Csángó Hungarians of Moldavia, traditional and contemporary

The Csángó Hungarians of Moldavia are a Hungarian ethnic group living outside the borders of Historic Hungary. Csángó decorative arts, music and dance traditions as well as their dialect reveal layers of Hungarian culture harking back to a distant past. Mária Petrás, who was born in the Csángó region of Moldavia (Romania), presents the culture of Csángó Hungarians with unwavering conviction whether in solo performance, as permanent guest artist of the Muzsikás Folk Ensemble, or with the musicians of her own band. Mária Petrás’s band conserves Csángó musical traditions playing the most beautiful music of the Moldavian region including holy songs, songs accompanying customs, ballads, or traditional dance tunes. In their performances the band makes use of the traditional Csángó instrumental lineup of flute, kaval (end-blown flute), lute, Jew’s harp, violin and drum.

Among the Csángó people living in Moldavia, Romania the traditional cuisine takes its cues from locally available natural resources, the customs dictated by the Roman Catholic Church and preserves elements dating back to the periods when Hungarians first inhabited the Carpathian basin. Csángó music, dance and decorative arts do the same. The most typical Csángó dishes are soured soup, called borcsos leves, polenta (corn pudding), and cabbage leaves having either a vegetable or meat filling, called geluska.