7 P.M. – OPENING OF THE EXHIBITION AND GUIDED TOUR 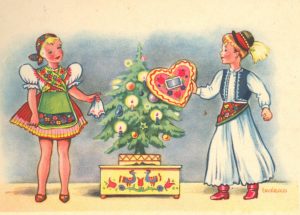 Christmas – for each one of us it calls to mind something different: different tastes, smells, customs and family traditions. How were the trees decorated? Which trends influenced the types of ornaments and sweets hung on the Christmas tree? How did people in rural and urban homes celebrate? Since when have Hungarians had Christmas fondant? All these questions are answered in our current exhibition where the many photographs and snapshots evoke moments of Christmases from the distant past and from the more recent past.

Krisztian Olah has become a recognizable presence on the European jazz scene at just 22 years of age. In 2015 he won the third place at the Montreux Jazz Piano Competition. In 2016, the Hungarian Jazz Federation recognized Olah as the Young Jazz Musician of the Year. In 2018 he was selected to the semi-finals of the prestigious Thelonious Monk International Jazz Piano Competition in the US. Livia Bagoczkyis one of the most well-rounded singer in Hungary. The audience usually knows her from the Balkan Fanatik band. But her special voice – which you can easily recognize – is not only pleasurable in folk music but a good match with jazz music also. This voice and piano duo plays mostly jazz standards, and covers rearranged by Krisztian Olah.

The Libero Canto Approach has two important cultural and philosophical sources:  the traditions of the old Italian singing schools, and the Hungarian traditions of music pedagogy, folk music, and musical culture.  These two sources are represented in tonight’s program.

The Libero Canto Approach was first developed in Budapest in the 1920’s and ‘30’s by Lajos Szamosi, a Hungarian singer and singing teacher. After almost one hundred years in Europe, Libero Canto came to New York, where Deborah Carmichael and Kinga Cserjési are teaching and promoting this way of teaching.  Deborah and Kinga were students of Lajos Szamosi’s son, Edvin Szamosi, who worked in Vienna and New York.  Deborah was born in New York but has been immersed in Hungarian culture for more than twenty-five years through the Szamosi family.  Kinga was born in Budapest, where she completed her degree at the Liszt Ferenc Academy of Music.  Marisa Michelson and Sara Serpa are both singers, teachers, and composers who have been working with the Libero Canto Approach for many years.

Desserts: An assortment of strudels and Beigli (nut or poppy roll) 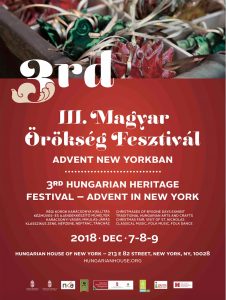