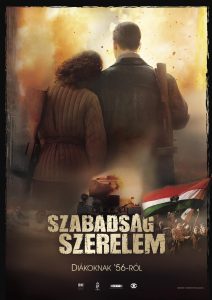 Children of Glory tells the story of Karcsi Szabó, a Hungarian water polo athlete who reluctantly becomes embroiled in his nation’s uprising against the occupying Soviet forces when he meets a passionate student turned political activist. Karcsi’s growing involvement in the revolution conflicts with his training for the upcoming Melbourne Olympics and with his family and teammates, who feel he should be focusing on the sport. Karcsi’s wavering allegiances are tested as his Hungarian countrymen die in their battle for freedom, while the water polo team make it to the Olympic semi-final against the USSR, an event set to have a definitive and controversial place in political and sporting history